Bailiwick and Hazeltine: Golf, 2016 Ryder Cup and an IT Summit

Ask a golfer about Hazeltine National, and they'll think of world class golf events, including the upcoming 2016 Ryder Cup. But at a select group of Fortune 500 companies, it's also known as the site of a top-flight technology conference. Chaska-based Bailiwick hosts its annual IT Summit at Hazeltine every September, making great use of the club's event facilities, as well as its famous golf course.

"We have the conference and then we have the evening activity which is offsite, and then the next morning we golf," says Bobbie Cummins, Bailiwick's Director of Marketing and Communications.

And they'll be back next year, but with a slightly different agenda. "It will be during the Ryder Cup," she notes, so the schedule will be different. "We'll have a chalet during the Ryder Cup, and the IT Summit will actually be in the chalet," at the international golf competition. "Our focus will still be on education, but we also want to make sure we take advantage of the fun that is Ryder Cup."

Bailiwick is a technology integrator that handles complex IT integrations for some of the largest companies in the U.S. and Canada. The IT Summit gives the company a chance to educate customers and prospects, and an opportunity to show off the best of Minnesota.

"We have a full day conference at Hazeltine that entails education and thought leadership for our customers and prospects," says Cummins. "We have one keynote speaker talk about technology and one keynote speaker talks about executive development — and then in between we will have executive panels with our customers and table discussions and workshops."

It's a full day in the Hazeltine ballroom — with assigned seating at round tables to facilitate the discussions and workshops, and the breakfast and lunch buffets set up in the adjoining atrium to keep the action moving. "It’s very efficient," she says. "There’s not a lot of thinking that they have to do once they get to the conference."

At night, they celebrate Minnesota. "This year on the day of arrival, we had a bonfire on Lake Minnetonka," she said. "Then we had the conference the next day at Hazeltine, the Skyway Suite at the Twins game at night, and then the next day we had the golf event at Hazeltine."

She says they hold the golf outing the day after the rest of the conference for guests who aren't golfers, but Hazeltine is definitely a draw for those who do. "People remember experiences," Cummins says, and playing a course that hosts tournaments like the US Open, PGA Championship, and Ryder Cup is hard to top. "It's a once in a lifetime memory," she says.

In many ways, Hazeltine is the obvious choice for the IT Summit. After all, Bailiwick is only located a few miles from the club, and the company has two Hazeltine members. But that's not why Bailiwick keeps coming back.

"They’re definitely on-par with services you’d have at other golf courses," she says. "I think Hazeltine is a good partner for Bailiwick because we both have a strong desire to please our customers, so when I think from a customer service standpoint, it's in their spirit as well as our spirit."

For example, she cites the event planners and catering staff. "They were amazing. They were flexible and compromised and they were great with the budget." And how about the food? "The food was delicious," she says. "Oh my gosh, their waffles were awesome." 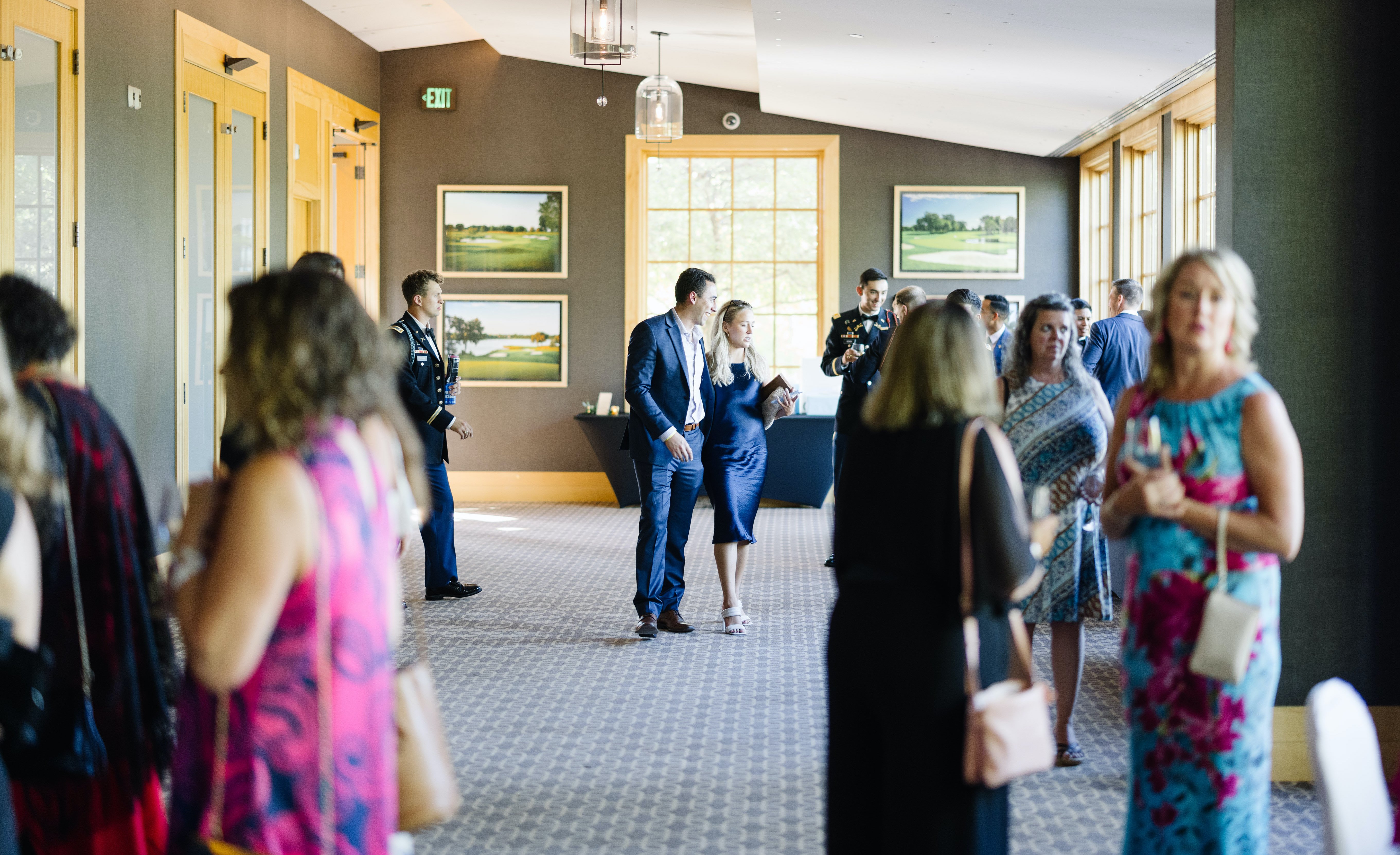 6 Tips to Plan for Your Upcoming Company Holiday Party