The 25th U.S. Women’s Open Championship signified the dawning of a new era in women’s golf.  In front of record crowds at Hazeltine, a group of young players stole the limelight from the LPGA establishment.

The pre-tournament favorites were Judy Rankin and JoAnne Carner.  Carner was attempting to win back-to-back Opens, and, in so doing, to tie Bobby Jones for the most victories in USGA Championships.  Carner finished in third and Rankin tied for tenth, but the attention gravitated to a new generation. 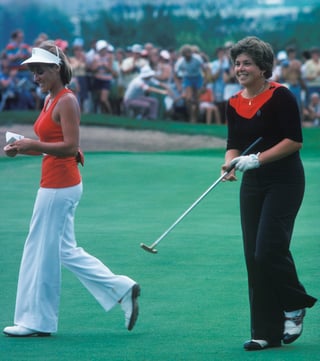 In her first U.S. Open as a professional, Nancy Lopez charmed the galleries and gave evidence of the golfing skills that would propel her to LPGA stardom and recognition as one of the greatest golfers of the century.  Hollis Stacy, who has won three consecutive U.S. Junior Girls’ Championships, eclipsed Lopez and proved that she had the type of game that suited USGA events.  She was the second-youngest player ever to win the Open.  Stacy, Lopez, Pat Bradley, Amy Alcott, and Jan Stephenson captured five of the top six places, and the oldest of them was 26 years of age.

The championship began with Stacy setting the course record with a round of 70, which was her only under-par round.  She led by two shots.  On Friday, Lopez shot 72, the second-best round of the day, to come within two strokes of Stacy.

When a thunderstorm interrupted the third round, they were tied at one over par, as Stacy was struggling at the start of her round.  She regained her form and finished with a 75, to hold a one-shot lead over Stephenson.  Lopez ended the day three back, due to a double bogey at the short par-four fourteenth hole.

In the final round, as Stacy was bogeying the fifth hole, Lopez was making birdie on the sixth, and the championship was tied.  It was then that Stacy showed the consistency that was a hallmark of her Open play.  She made par on the next twelve holes and won by two strokes.  Lopez, as she had the day before, suffered a costly double bogey on the back nine, this time on the difficult twelfth hole.

Stacy’s winning score of 292 was four over par.  Her success stemmed from the ability to make pars on the difficult course, and to avoid serious mistakes.  She finished the week without a double bogey.  In subsequent years, she proved to be an outstanding Open player, winning again in 1978 and 1984. 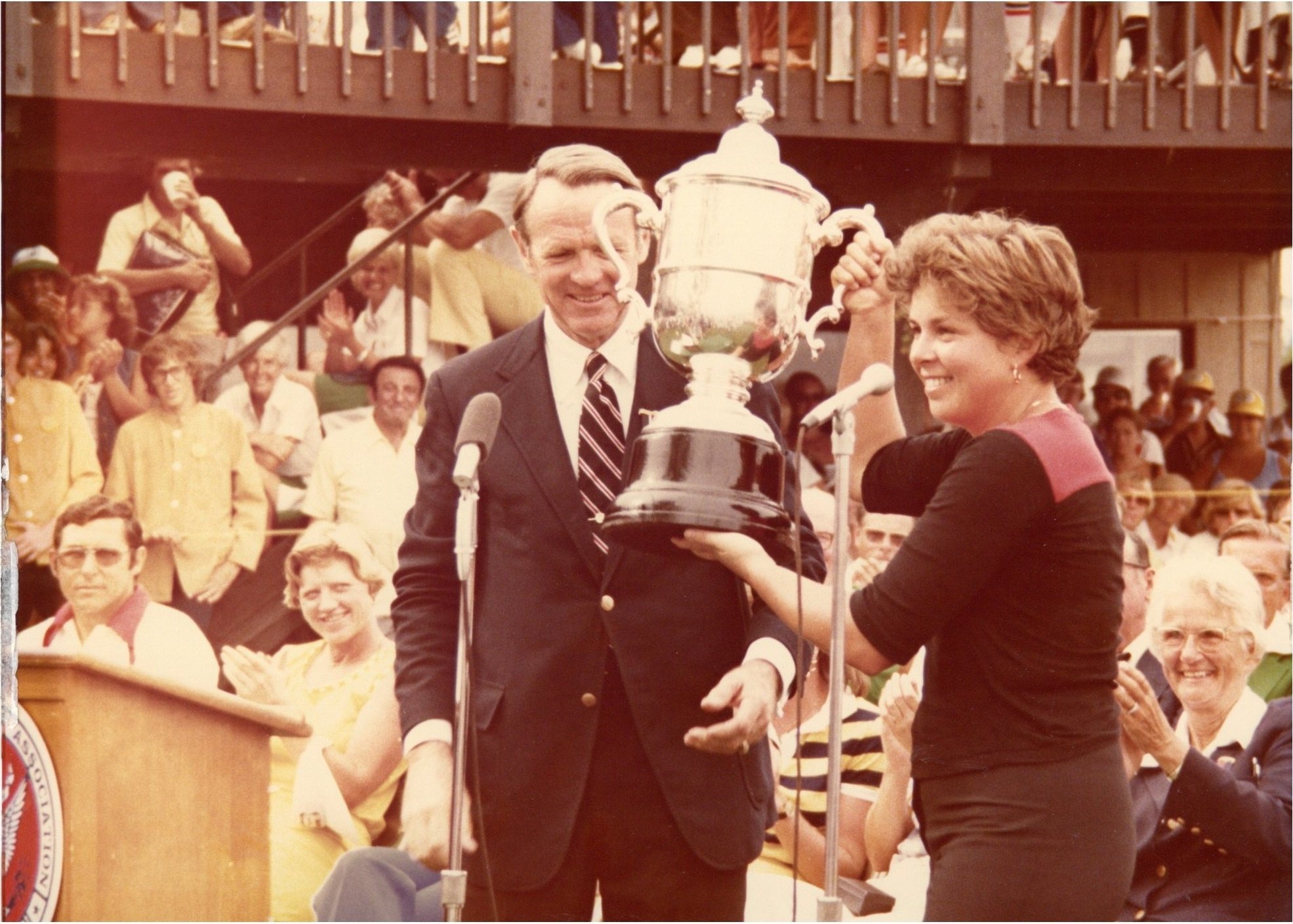 The week after her runner-up finish, Lopez played in an LPGA Qualifying Tournament.  She exploded on the tour in 1978 by winning nine tournaments, including five in a row and, with the other young stars at the time, created a resurgence of interest in the LPGA.  While there were many witnesses at Hazeltine who predicted there would be several Open titles in her future, she has never won the Championship.