A short two years ago, our staff here at Hazeltine National was making final preparations for the 2016 Ryder Cup. As we reflect back on that tournament, we’re filled with so many unforgettable emotions inspired by the greatest golfers in the world. The battle of Reed and McIlroy. Thomas Pieters and his stunning Ryder Cup debut. And, of course, Davis Love III picking up Ryan Moore’s tournament clinching putt. Those moments will remain with us forever, especially as we prepare to host another Ryder Cup in 2028.

But it’s not 2028, it’s 2018 and the Americans have a tall order ahead of them as they visit Le Golf National in Paris, France. As the tournament approaches, we asked some of our staff here at Hazeltine National to share some insight and predictions. See what they had to say!

Ryder Cup week is a special time for golf, especially after getting a first hand look at Hazeltine in 2016. We have an appreciation for the amount of preparation that goes into hosting one of the biggest sporting events in the world. I can only imagine what things will be like for 2028.

Since I'm no good at predicting the future when it comes to sporting events, I'll leave the predictions to others. What makes it harder to predict but also more compelling to watch is the format. Match play and especially team match play for 18 holes comes down to who can get hot at the right time and make a few crucial putts. All 24 players are capable of doing that.

What also makes the Ryder Cup so unique is how the players react to the event. It’s so different from all other weeks on Tour, playing for your country, being a part of the team, a feeling of accomplishment in just making the team. They know it adds to their legacy with a good week which only amps up the pressure. 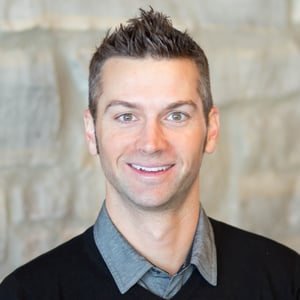 I predict it will be very close, even as far as making it a tie, with that the Americans would retain the cup.

I was a little worried when Bryson officially made the team, but learned that he gets along with Tiger and has played many practice rounds with him. Patrick and Jordan should remain the same, Phil will pair well with Rickie again and even Tony Finau. Webb Simpson and Bubba Watson played well at Medinah in 2012 together. DJ and Brooks played together in 2016, and are good buddies. Sadly I almost left out Justin Thomas, who to me seems to get along with everyone on the team, and should not have a problem playing with anyone.

On the European side, I see Rory wanting some redemption against Patrick, so he should be playing with a chip on his shoulder. Ian Poulter is back and proven to be a Ryder Cup killer. And my pick this year for MVP on the team will be John Rahm. I could see him and Sergio pairing up to have a Spanish flair like Seve and Jose Maria Olazabal. For Captain Bjørn, how does he manage his rookies with veterans. Stenson/Rose makes sense to me again and it’s nice to see Paul Casey make his way back onto a team and he seems as if he can play with anyone as well.   Not sure how much the players wanted to finish up and get ready for the Ryder Cup, but the Europeans all played poorly on Sunday at the Tour Championship which I hope rolls into this week. :)

It’s not too often that you set an alarm for 2am! But I will be happy to have a few days of sleepless nights.  Whatever the outcome is, I hope it is close, spirited, and exciting, which I know is what the Ryder Cup has become.

It is impossible to describe how exciting it is to be the host of the most recent Ryder Cup.  Everyone remembers the sights, sounds, thrills, and being part of it up close and personal. That is the same feeling the members of Oak Hill had in 1997 when I was the GM following the 1995 Ryder Cup. As members and staff of the club, we were really on the sidelines of the strategy being contemplated by the Captain and his assistants. Seeing them calculating who is going to place which team pairings in what order or, on Sunday, who goes first second third, etc.

The pairing of Rory McIlroy and Patrick Reed was golf theatre at its finest. The two battled a spectacular day of golf with the first match out of the gate and it was special. We have got to have that paring again in France. The world demands it!

As for the match itself, Europe has won every match on European soil since 1993 at the Belfry which I had the opportunity to witness as the next host manager. I believe that the US will finally change that trend but the margin will be closer than most expect. I am going to say The United States by a score of a 15 -13. 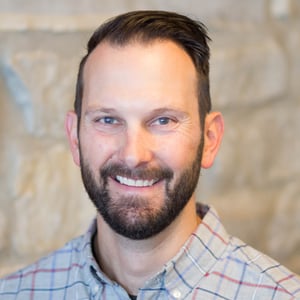 This week the Golf Channel showed a couple sessions of our Ryder Cup. It was really cool to sit and watch. I’ve watched all of Sunday and some of the other sessions, but it had been awhile. I’ll admit, I was a bit emotional, the memories are just so strong.

Additionally, being on the golf course during this time of year will always bring back memories of that year. From August 11th through the Saturday before, we receive over 16” of rain. At the time it was maddening, but as I look back on it, it just made the whole experience more epic and unlikely to be forgotten. Of course it helps that the week of the tournament was so perfect. If that had been as rainy as the weeks prior, the memories would be completely different.

I’m amazed at how much the US winning has changed my feelings about the whole thing. Leading up to it, I didn’t think that would matter. Two years later, I’m certain, had we lost my memories would not be as fond.

I’m very much looking forward to getting up early and watching this year’s Ryder Cup. My perspective will never be the same.

Predictions on this year’s Ryder Cup: 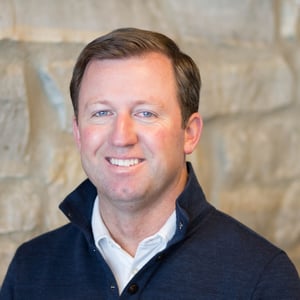 As we look to Paris, here are a few storylines to follow along with:

Here are the other pairings I believe you will see from USA:


This year’s candidate for ‘player you didn’t know, but now you do’ is Tyrell Hatton. He isn’t a name most Americans recognize, but they will by the end of next week. I could see Hatton paired with fellow Englishman Ian Poulter, which would be an energetic pairing.

On behalf of all of us at Hazeltine National, enjoy watching this year’s Ryder Cup.